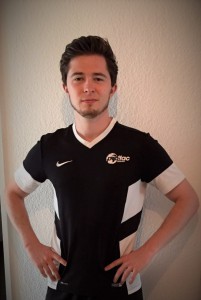 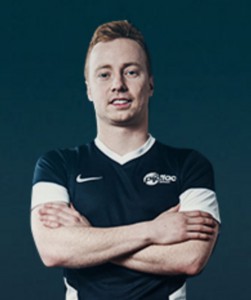 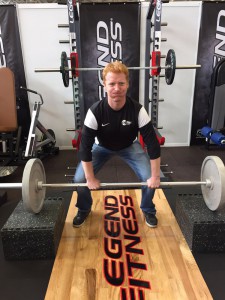 The competition from overseas never sleeps: For the very first time proffac has opened the monthly challenge for the Australian players. Yannick Kay and Mustafa Yavuz have inspired and motivated some of their players to participate in this event. While the German proffac players sent in their videos rather hesitantly and our coaches also had to encourage our players a few times, the first Australian videos literally flew across the big pond directly onto Tim Euenheim’s mobile phone. About half of the Australian players produced video sequences, but the German proffac players however put the pressure higher just before the end.

Voting team
Meanwhile a considerable number of proffac coaches are members of the voting team, who award their points and evaluations independently from each other. The one or another point is difficult to give, but the trainers are quickly getting to know their own fosterlings from a different, creative and sporty side.

The winner of the proffac challenge is the Australian Rawley St. John (birth year 2005).

A video conference of the award ceremony, that took place in May 2016, is uploaded on Facebook and Instagram. Follow us via social media and enjoy the impressions of our Australian location in Sydney.

Disasters, difficulties and setbacks
In the meantime every “challenger” has learned that some preparation and follow-up processing before and after the respective tricks are necessary to deliver an impressive video. The reason: film recordings have their flaws. An Australian player had to learn this the hard way. Rawley came up with a very special trick. Complicated preparation with a rope attached to a lemon, which was supposed to be balanced on a tree, a nice juggling trick and an ingenious procedure during the sequence. Rawley stepped onto the stage, the trick worked just as planned, finally a funny highlight – and? The camera was not switched on! The worst thing was that the trick was never to be carried out successfully a second time before a running camera!

One neighbor’s rooftop was integrated to the trick. Of course not without consequences – the ball broke a brick and demolished a piece of the roof. The player’s father humbly said sorry at the end of the day and personally repaired the mishap – fortunately he is blessed with skilled craftsmanship.

A German player had all sorts of ideas, but the trick just did not want to work with neither of the items he had picked. Day after day passed, but even the finally chosen peteca game just did not want to be juggled while standing on a wobbly surface. Finally, the trick performed with the last possible and much too easy item had to be recorded that many times, that nobody was any longer willing to be the camera man. In the end the trick just barely worked out and with lots of cursing. The video turned out to be completely different from what had been planned, much shorter and edited up to the very last millimeter and then it was sent via electronic mail.

High-tech football in one of the world’s most beautiful cities
Proffac shows presence in Sydney! Two proffac coaches are working on site during the current Australian football season from March till mid-August. The proffac managers Alexander Otto and Lukas Völker have sent two of their top trainers across the big pond: Yannick Kay and Mustafa Yavuz. “If proffac is working in Australia, then only with the same quality for which proffac stands for when working in Germany”, according to Alex Otto’s basic conviction. After a 6-week establishing phase for the coaches in Sydney Alex himself made his way to Australia to evaluate the standards. At that point Yannick and Mustafa had already unpacked their complete proffac repertoire and had all of the training processes firmly in their grasp.

Proffac in Australia thus means: intensive training sessions, performance tests (the first one already in March), integration of the players to the online-homework system (the beneficial side-effect is learning German), quantitative and qualitative video and game analysis, mental coaching, talks with parents, development talks – for both of our coaches this implies a high responsibility and advance trust of the proffac managers. Two important milestones for proffac, to let this Australian commitment grow and evolve with the usual ambition, are the nearly daily positive feedback messages of supervised and demanding player parents and already first waiting lists for available training sessions.

Indeed proffac is setting new accents in the sport-enthusiastic Sydney: Instead of mass training sessions, every single player is at the center of each training session; instead of bodily robustness and physical fitness, mental training, personal supervision and detailed technique training are on the schedule. Meanwhile 10 players belong to the “regular personnel” and further players from all age groups and levels. The resonance of all Australian players is nearly euphorical after Yannick’s and Mustafa’s first training phase.

Next to boisterous sport enthusiasm Australian players bring along incredible physical presence on the field! Proffac’s cognitive methods indeed hits the best prerequisites in Australia, which the players need to play among the best in the globalized football world. Proffac was invited to introduce its specific methods and procedures at a meeting with the Technical Director of the Football Federation Australia.

First conclusion of our Australia coaches: “Establishing the proffac football idea in one of the world’s most beautiful cities – this is a dream! If this continues, we’ll probably have to say goodbye with a tear in the eye at the end of this intensive time in Sydney”, Yannick speculates and Mustafa adds to the telephone interview: “I am already looking for a suitable goalpost to look myself to it, just to extend my stay here in Sydney…”.

Sport scientific findings as the measurement of all things in the Premier League
BBC Sport allows looking behind the scenes of a singular, exceptional football experiment

A blatant outsider triumphs thanks to an ingenious, holistic professional sport system based on scientific findings and with the focus on optimal performance of professional players, rather than the subjective state of trainers. A sentence like “We have always done it that way” from authoritarian deciding trainers seems to have been turned upside down through the consequent application of the latest training scientific findings. The mastermind on his specific area decides about a player’s optimal usability. The fitness coach is just as important as the mental trainer or at last the responsible trainer who puts everything together in the end. This affords a holistic team and club performance, which asks for minds thinking alike.

The football world is rubbing their eyes and is witnessing what can be succeeded on the highest level when consequently applying the latest findings, even with a Premier League Team: the absolute football summit. Peak performers do have a radical air surrounding them. Looking behind the scenes reveals: Contrary to all basic football laws Leicester City has “put all deep-rooted rules to its paces” and modernized every detail, which has been provided by current findings of training sciences.

Data and facts are impressive: Leicester City is the one team in the Premier League with the least player injuries. It can refer to the least players in the pool that we used during a season. This indicates that the team’s main players hardly need any breaks. Surely this is due to a very comfortable condition. Leicester was thrown out of the cup competition early on in the season. Thus, the team was able to solely focus on the championship. Nevertheless, it is striking that the style of Leicester City is full of the exhausting football tempo, which normally comes with a high injury rate. But with Leicester City? Wrong!

This is why the question about the training method comes into focus. Leicester City has intensively questioned and changed the conventional basic football rules and – initially without being noticed by the public – has caused a football revolution. Based on the hypothesis that hamstring-muscle injuries (posterior leg muscles) occur most frequently, the training focus was set on a consistent strengthening and prevention of the player pool. This implies that at the end of every training week special sprint training sessions are selectively included, which are adapted to the physical stress intensity of each player. If for example a midfielder uses his hamstring muscles rather seldom in a brief but sudden way, an additional preventive training module is added, to strengthen exactly this muscular area.

And for all of those who still laugh at correct nutrition in football, Leicester City will also appear to be one of the most eccentric among the top teams: To mobilize all of the players’ energy, the nutrition department serves beetroot shots just before each game – these shots are also know from America’s smoothy trend, which in the meantime as unprecedentedly overrun Germany.

Control freaks also get their money’s worth with Leicester City: Special focus is on the regeneration of players. Next to strict weekly schedules a 48 hour regeneration phase was included and one free day in the middle of the week was “prescribed”. The actual regeneration of each player was scrutinized and observed. This happens on the training field with the help of a data collecting GPS vest, which makes intensities, acceleration, changes of direction etc. transparent. These data are directly transferred to the training session happening at the same time, which may result in taking out a player completely from an exercise, if he exceeds his current physical stress intensity. To compare the subjective condition of the player with the electronically collected data, questionnaires on the personal feeling of one’s condition were additionally filled out. Items like sleep behavior, feedback on training sessions or other factors lead to a holistic picture on the current state of the player.

A completely new aspect and all of the team’s pride is its cold chamber. It offers quick regeneration of the players, who can regenerate up to 4 minutes at a temperature as low as -135°− a dry cold that pleasant to the skin. It is proven that this leads to positive sleep behavior during the night of that day and the one of the following day. Additionally, the players are usually massaged with ice packs after each training and game. Furthermore, a lot can be said about the mental team work and additional factors, which have changed the club to an internationally recognized showcase.

Dream or football reality? This Premier League triumph has opened a new “chapter” of modern football. Proffac has followed this “chapter” for a while with growing enthusiasm and thus receives great affirmation for their own work. Football future will step onto a new path and many of our players will (be allowed to) experience these developments very closely.

Leicester City: The Science behind their Premier League title. By Alistair Magowan. BBC